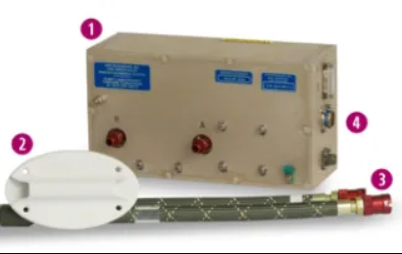 FLYHT-WSVV-II operates fully automated with high accuracy of measurement and reliability for long term performance. The product produces no drag through its aerodynamic design, and does not require external heating with zero icing risk. Its compact in size and weight yet highly durable, and requires low power usage and low maintenance, all of which contributes to it low cost operation. The cost of AMDAR with FLYHT-WVSS-II is less than 10% the cost of a radiosonde sounding over a 5-year period.

FLYHT-WVSS-II completely meets international standards and is certified for multiple aircraft types. Its effectiveness is independently validated and is proven for wide use in meteorological operations. The product also provides simplified installation and data acquisition interfaces.

In 2008, the US Congressional Joint Economic Committee found that air-traffic delays raised airlines’ operating costs by US$19 billion.

Another report from the Weather-ATM Integration Working group of the United States Research, Engineering and development Advisory Committee found that in the same period, “Weather accounted for 70% of all air traffic delays within the U.S. National Airspace System,”, and that “as much as two-thirds of the weather related delay are potentially avoidable.”

This means that airlines could have reduced costs by up to US$8.8 billion dollars in 2007 alone.

AMDAR with FLYHT-WVSS-II, the largest provider of aircraft-based water-vapor measurements over the United States have 136 sensors, providing nearly 1,000 soundings a day with a much higher spatial and temporal resolution compared to radiosondes. At less than 10% of the cost of radiosondes and up to 15%-20% more accurate forecasts, FLYHT-WVSS-II is a powerful tool for you to save costs on your operations.